Medical education in Ukraine is an integral part of national educational and health care system. It is considered to be one of the best in the world, despite of the Soviet Union breakup, and therefore it attracts thousands of foreign students each year. Graduates of Ukrainian medical universities are of high demand for their fundamental knowledge and excellent practical skills. Due to the latest data, the educational potential of Ukraine has allowed us to enter the group of the first ten leader states in the field of international education (as evidenced by current demand for higher education in Ukraine among citizens of other countries).

After adoption of the Bologna process, Ukraine reformed its educational system, adapting it to EU standards. Today, specialists of medical and pharmaceutical fields are prepared in higher education establishments of I-IV levels of accreditation, which include 64 medical schools, 47 medical colleges and their branches, 2 nursing institutes, 12 medical universities, 2 medical academies, 1 national pharmaceutical university and 3 academies of postgraduate education. Six medical universities and one medical academy of postgraduate education have the status of national establishments. It should be noted that today Ukrainian diploma has wide international recognition, and the level of professional training is highly appreciated by foreign employers. 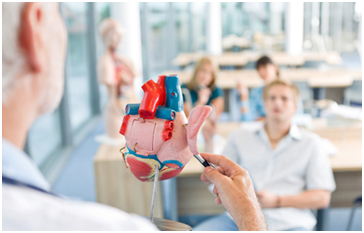 Structure of medical education in Ukraine is based on educational systems of leading world countries in accordance with recommendations of EU, UNESCO, UNO and other international organizations. Taking into account that higher medical education is an integral part of Ukrainian educational system, it is regulated by the law “On higher education”, regulation “On specialization (internship)” and regulation “On clinical residency”.  Four-graded educational system provides high-quality education with further awarding of such qualification levels as Junior Specialist (2-3 years), Bachelor (3-4 years), Specialist (6 years), and Master (1-2 years).

Multigraded structure of higher medical education means that after completing of a particular level of education students may continue their studies further. Ukrainian medical graduates are obliged to pass Internship and Master Program or Clinical Studies (optional), while foreigners, who have been qualified as Specialist, may complete only Master or Clinical Residency studies.

Thus, according to the legislation of Ukraine, the educational system consists of the following qualification levels:

Each year the number of foreigners willing to get Ukrainian education is constantly increasing. Thus, in the 2013/2014 academic year the contingent of foreign students in higher educational establishments of Ukraine comprised approximately 70,000 students from 145 countries.

Admission Board carries out acceptance of foreigners to establishments of higher education of Ukraine on the basis of the interview and following the consideration of submitted documents of previous education. Each university has its own requirements as to the level of academic achievements of foreign students.

Foreigners who do not speak Ukrainian (Russian), have the opportunity to study it during 10-month preparatory program at the Preparatory Department of chosen university. After successful completion, they may continue their education at the basic faculties of higher educational establishments of Ukraine.

Foreigners, who have received state grants of Ukraine under international agreements, state programs and other international obligations, are admitted to study on the basis of referrals from the Ministry of Education as prescribed in such agreements and programs.

Foreigners who have received complete general secondary education at foreign schools with study of the Ukrainian language and Ukrainian foreign, whose status was confirmed by foreign Ukrainian certificate, can also study for free under the quota for foreign Ukrainians established by the Ministry of Education and Science of Ukraine.

Ukrainian Medical Council provides assistance to foreign citizens who want to study medicine in Urkaine. In order to apply, please fill in the corresponding form in our our “E-services” webpage. In order to get more information on application process, please visit our “Foreign applicants” webpage.