The Ukrainian Medical Council (UMC) is non-governmental organization that focuses on the development of Ukrainian healthcare system and the protection of rights for health professionals. Therefore, the UMC performs a strategical function of a mediator between the government and medical community. 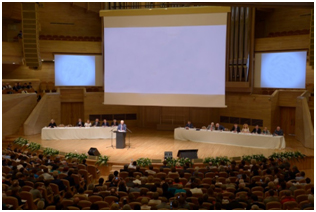 Creation of the Ukrainian Medical Council was initiated by Ukrainian professional medical organizations in the 2000s. In 2004, during the All-Ukrainian Congress of Medial Association which took place at the Kyiv City Hospital No. 6, also known as “Medgorodok”, the Honorary President of the Ukrainian Medical Assembly, academician Shalimov A. and the President of international organization of “Professionally Migrating Phycisians” Denysenko O. have represented the joint report on a project called “European integration in the field of medicine and healthcare protection”.  This project received complete support and became the starting point for the creation of the Ukrainian Medical Council, which opened the opportunity to join the union of new formation, called to provide and protect interests of its members in their relations with society and the state. 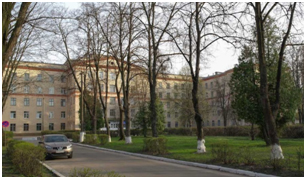 Currently, the Ukrainian Medical Council conducts researches in the field of management of medical practice in order to ensure proper conditions for physicians to perform effectively their professional duties; to broaden the scope of their influence on the Ukrainian healthcare system and to maintain the prestige of the profession as a whole. The other important task is to ensure human rights in the field of healthcare and to represent Ukrainian physicians in relations with the authorities and competent regulatory organizations of other countries. Over the past ten years the UMC has been broaden by other professional organizations. This allowed starting the design of a new development strategy and expanding the number of performed functions and services.

Over the period of its existence, the Ukrainian Medical Council has received more than 200 foreign delegations from more than 60 countries of the world. In their turn, members of our organization have made return visits that brought Ukraine closer to the world medical space.

As the UMS strengthens its positions, the list of provided services also expands. Today our organization includes the following departments:

We would like to invite you to cooperation. We will be happy to provide you with expert assistance in solving your issues.